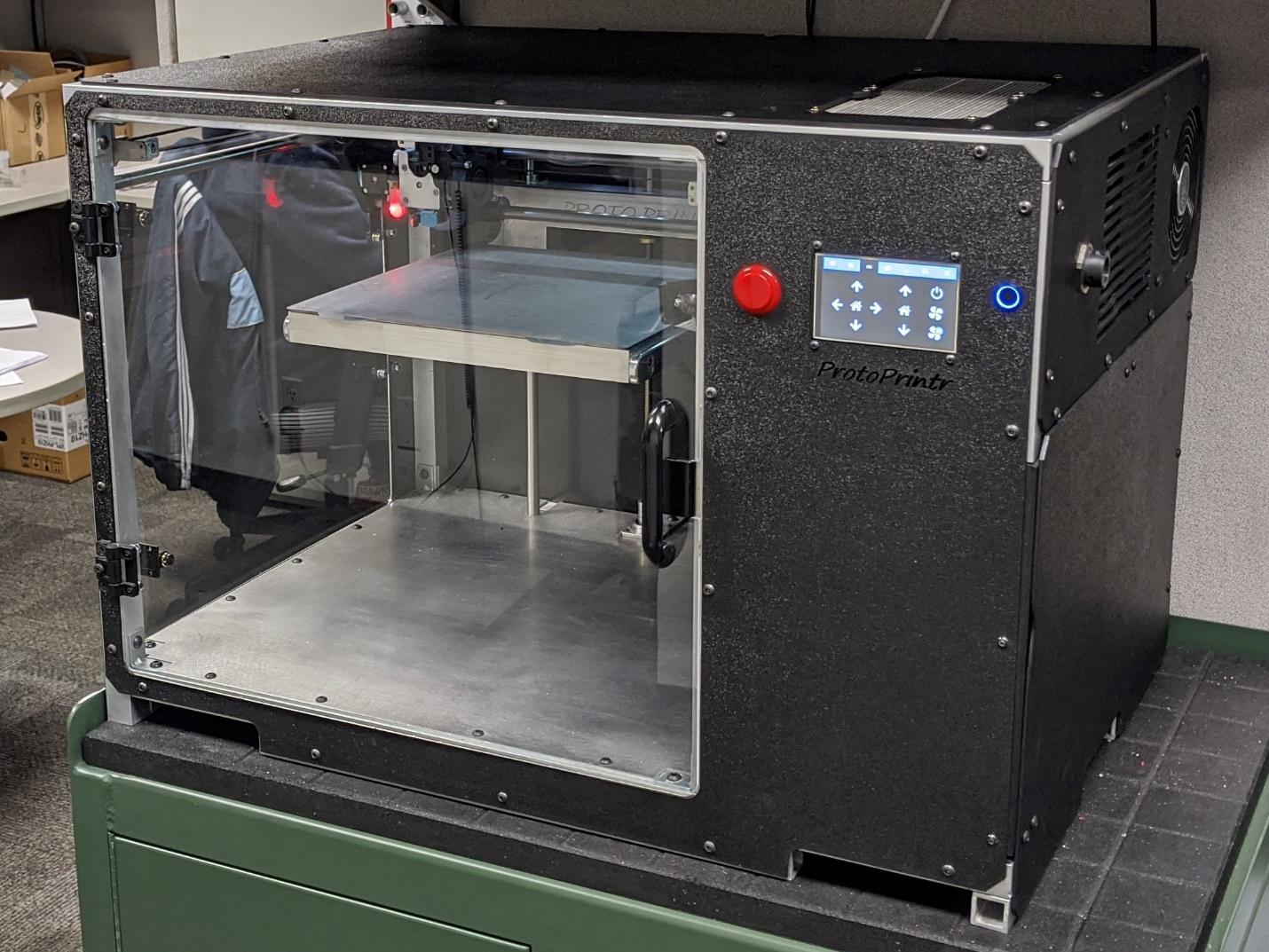 In 2012, during the beginning of my senior year in college, I was also working in an Engineering group for the U.S. Air Force. In our Engineering group, the need for a rapid prototyping capability was high, but at the time, there were no affordable solutions that fit the requirements of our group. I spoke with my engineering director, and presented the idea of designing an FDM 3D printer for my engineering senior project, to fit our needs for the office, with our office funding much of the project. My director approved of the idea, so I proposed this project to my college, which was also approved. That was the beginning of how “ProtoPrintr” was born. 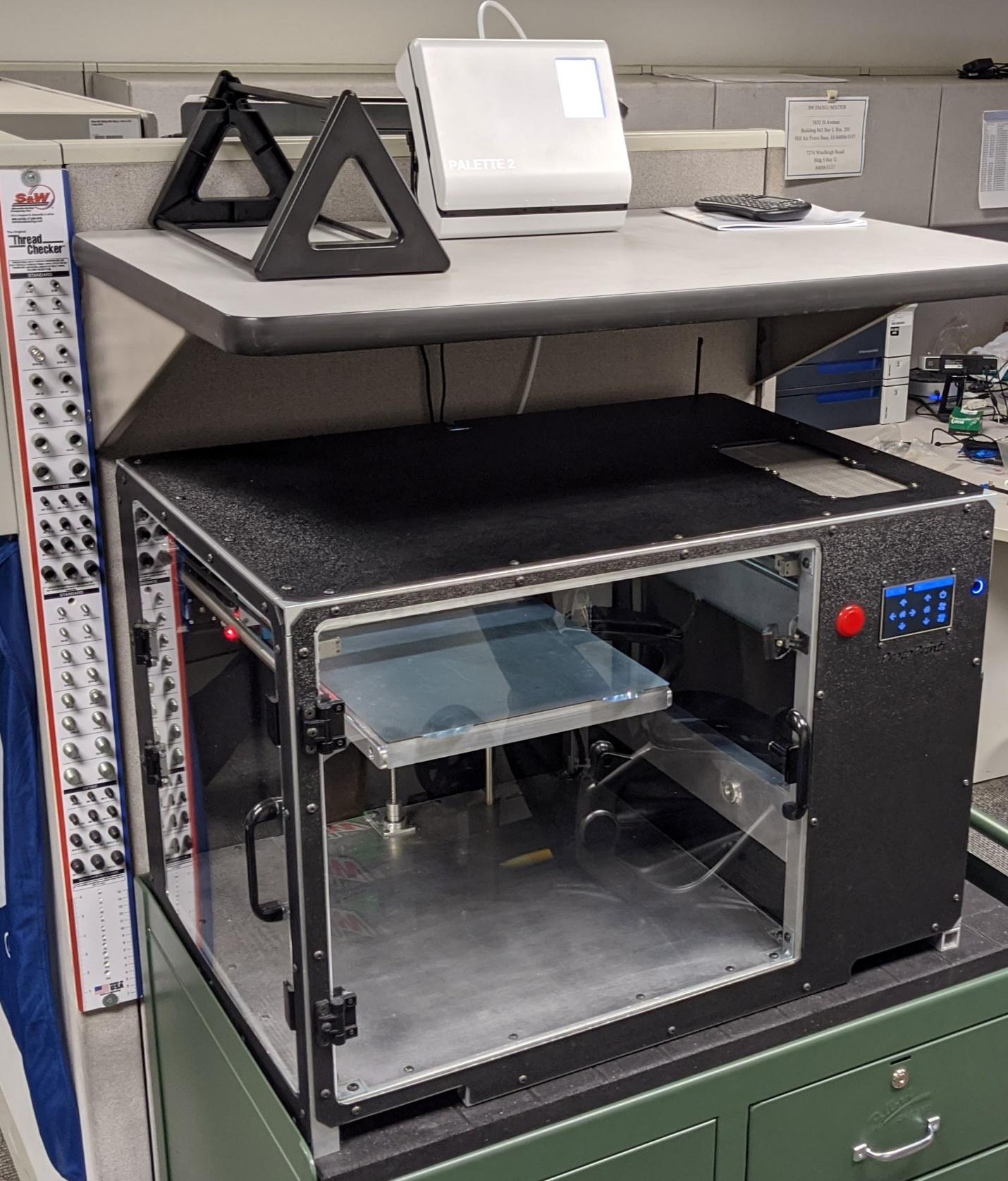 ProtoPrintr 1.0 began with the intent of designing and building a fully enclosed, dual extrusion FDM printer with a 1 cubic foot build envelope, capable of printing ABS, looked professional, and in a small enough package that it could fit easily in an office environment. I had a team of 4 other engineering students, and we started visiting local maker groups to see what was out there for DIY/Makers already. After a few weeks, we met the founder of a Kickstarter campaign for “Elefu”, an Arduino based 3D printer control board, with much more robustness and capabilities to what was previously out there at the time. 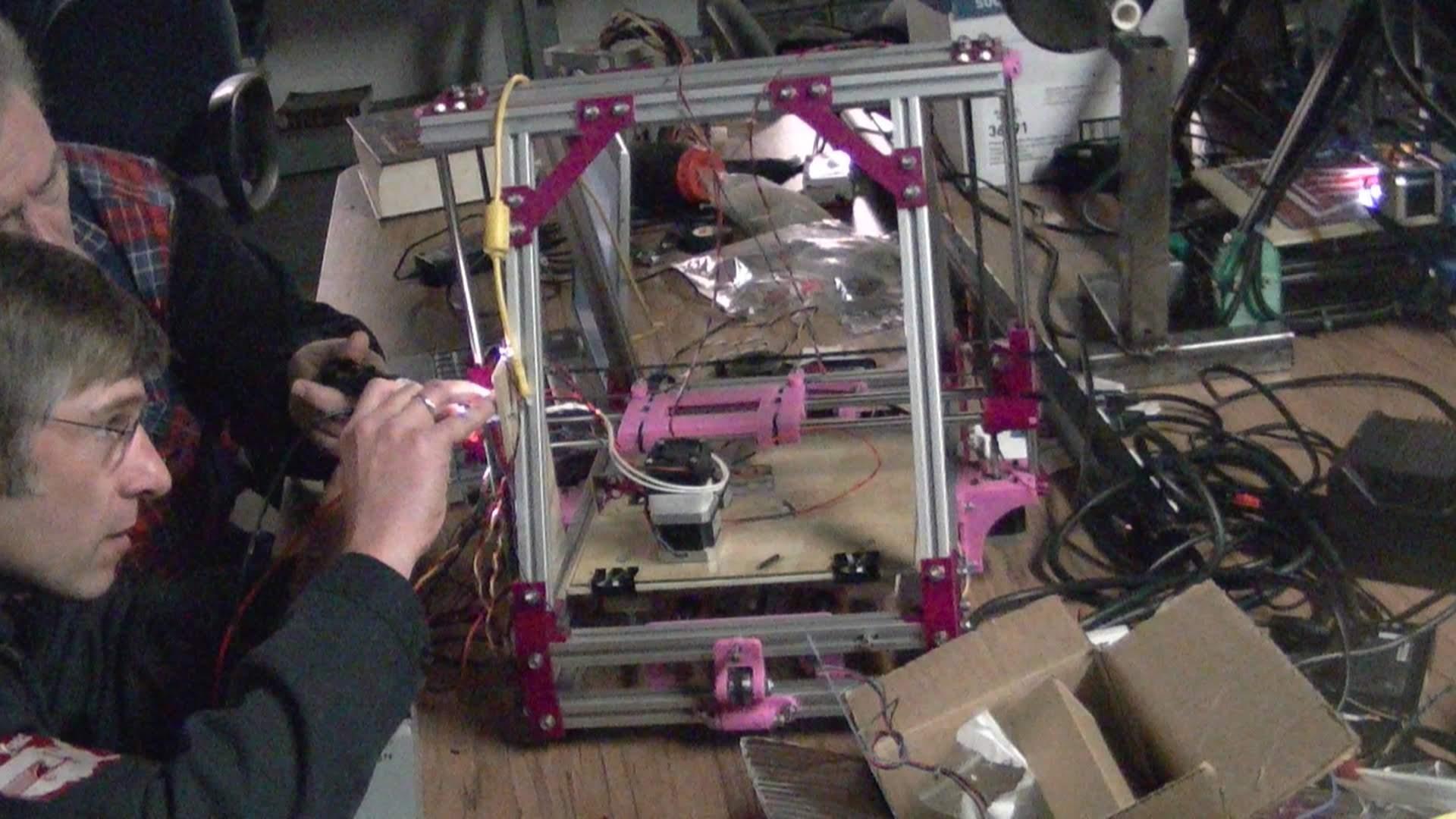 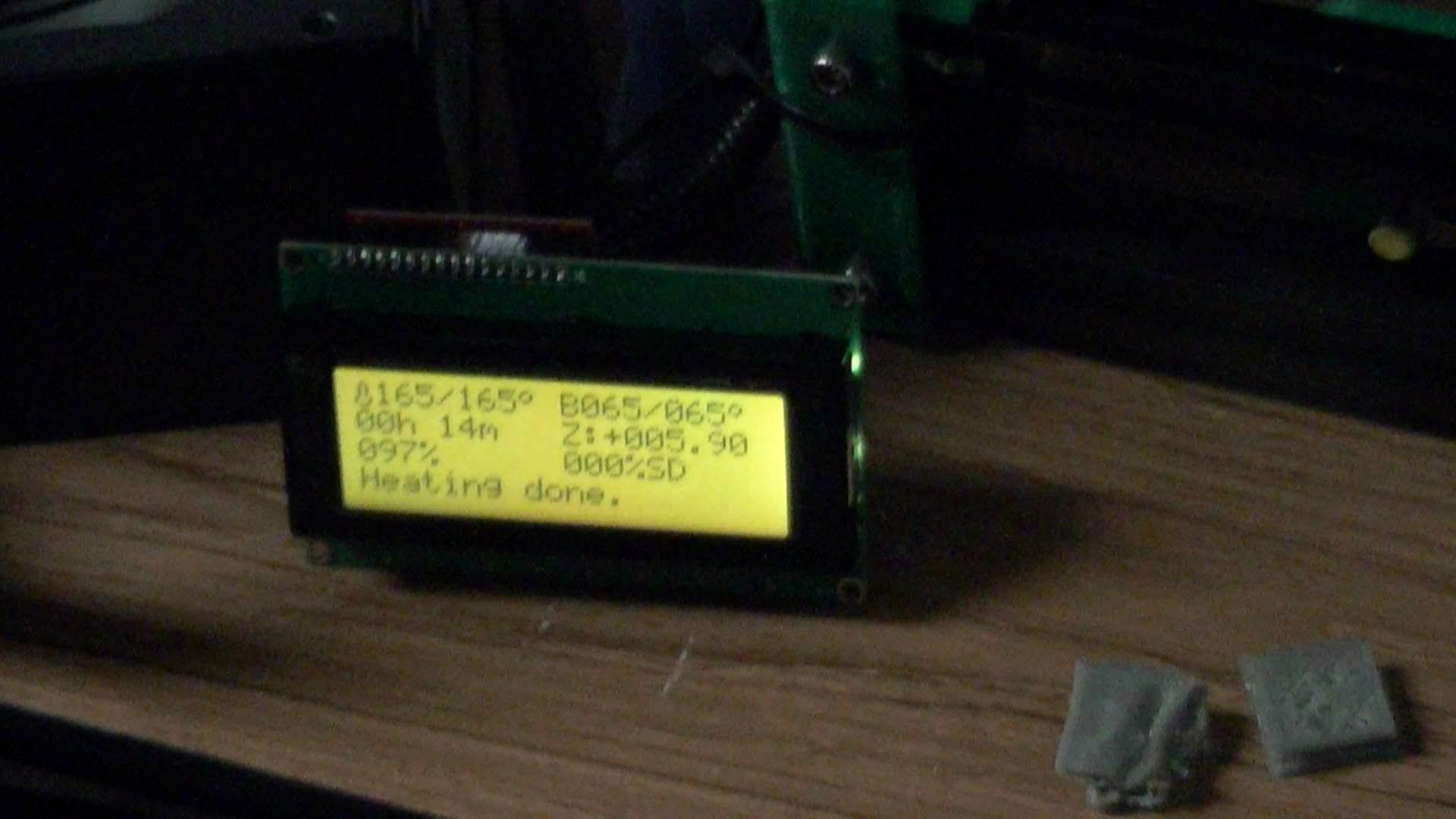 He agreed to help us with the heated bed and control board design, as he had been helping others in the local community with RepRap type printers.

After A few months of tossing design ideas back and forth, ProtoPrinter 1.0 came to fruition. It consisted of a fixed dual extrusion design, with a gantry style x-y movement, and a cantilevered Z, similar to what I had seen in use on a $100,000 printer elsewhere on the military base that I worked at. 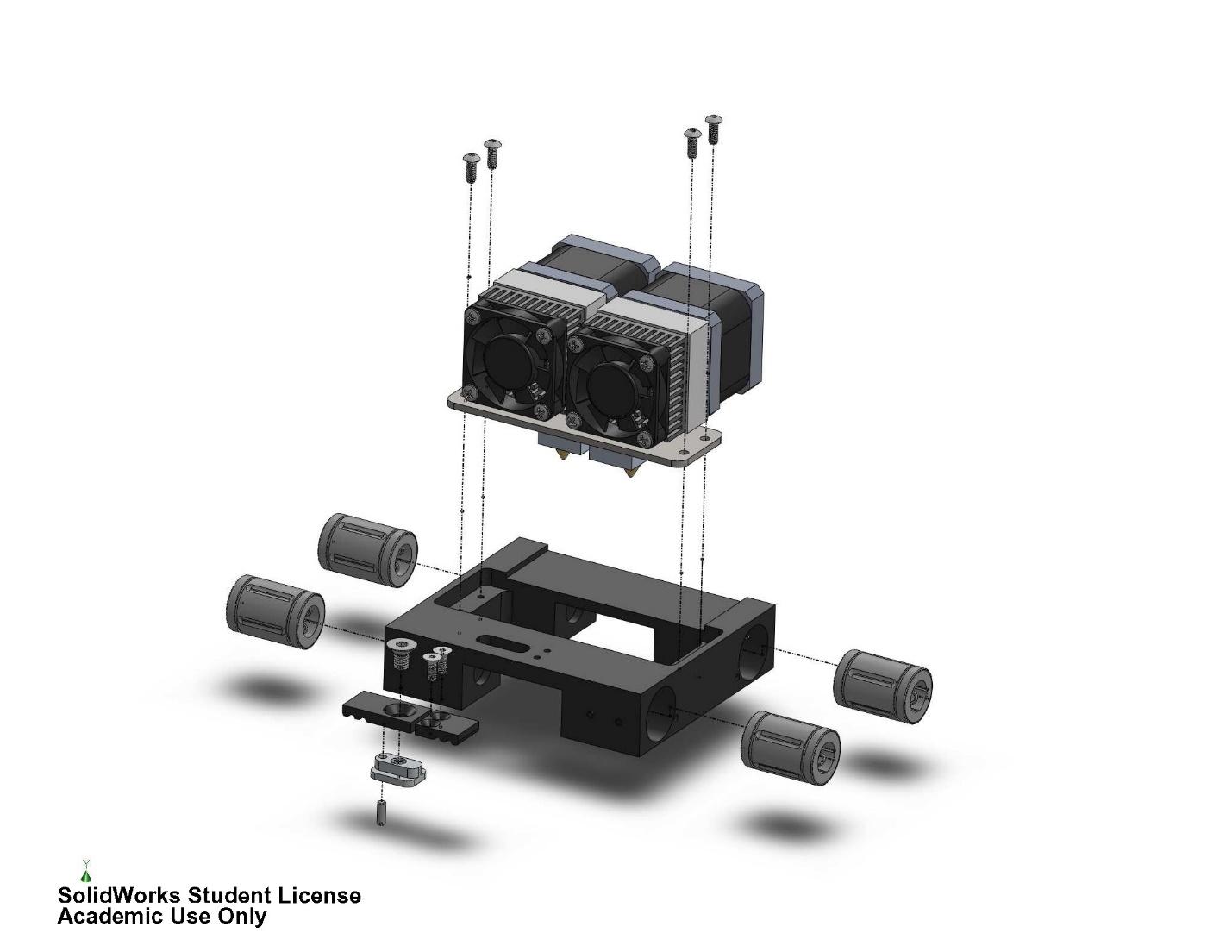 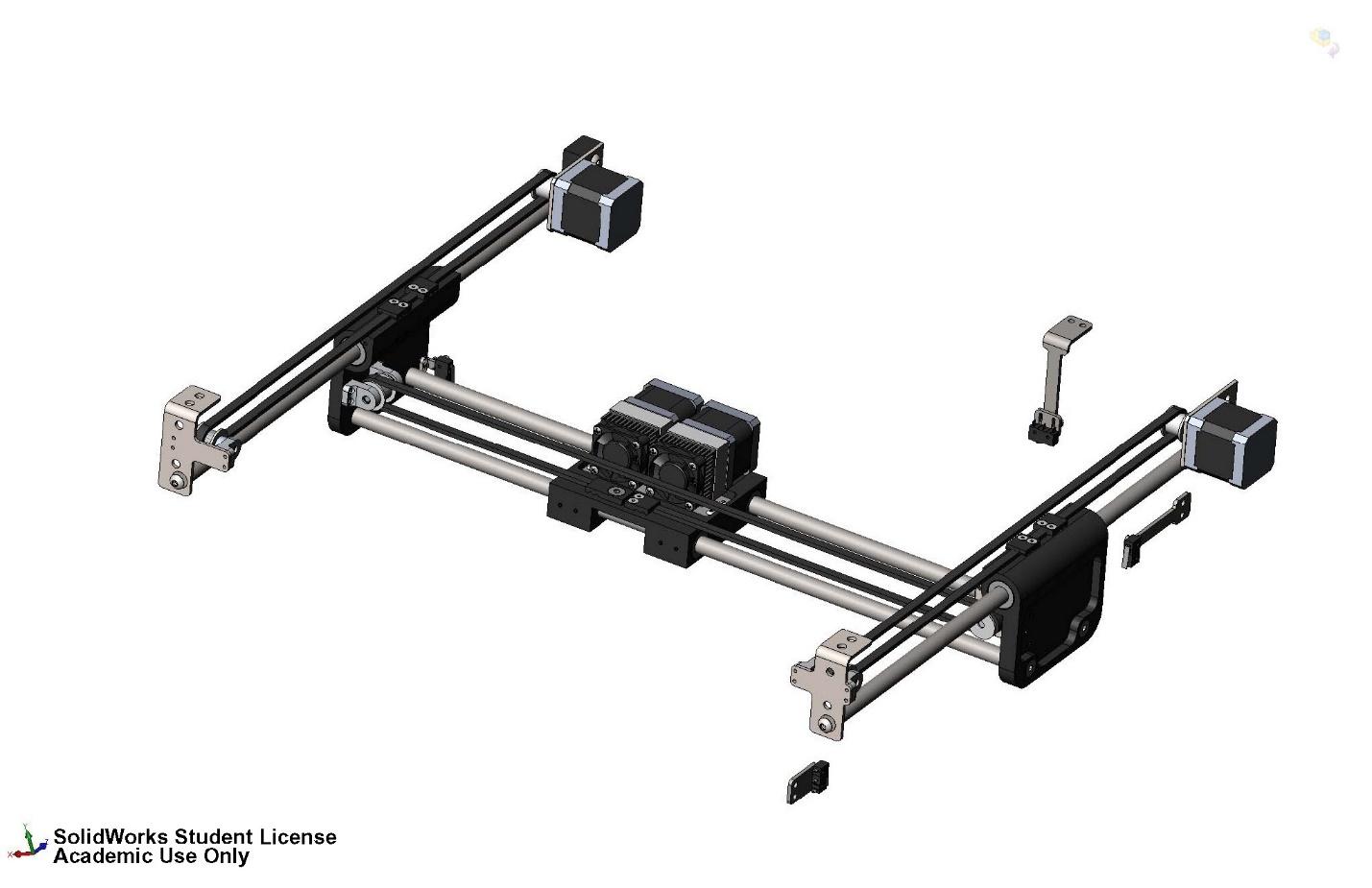 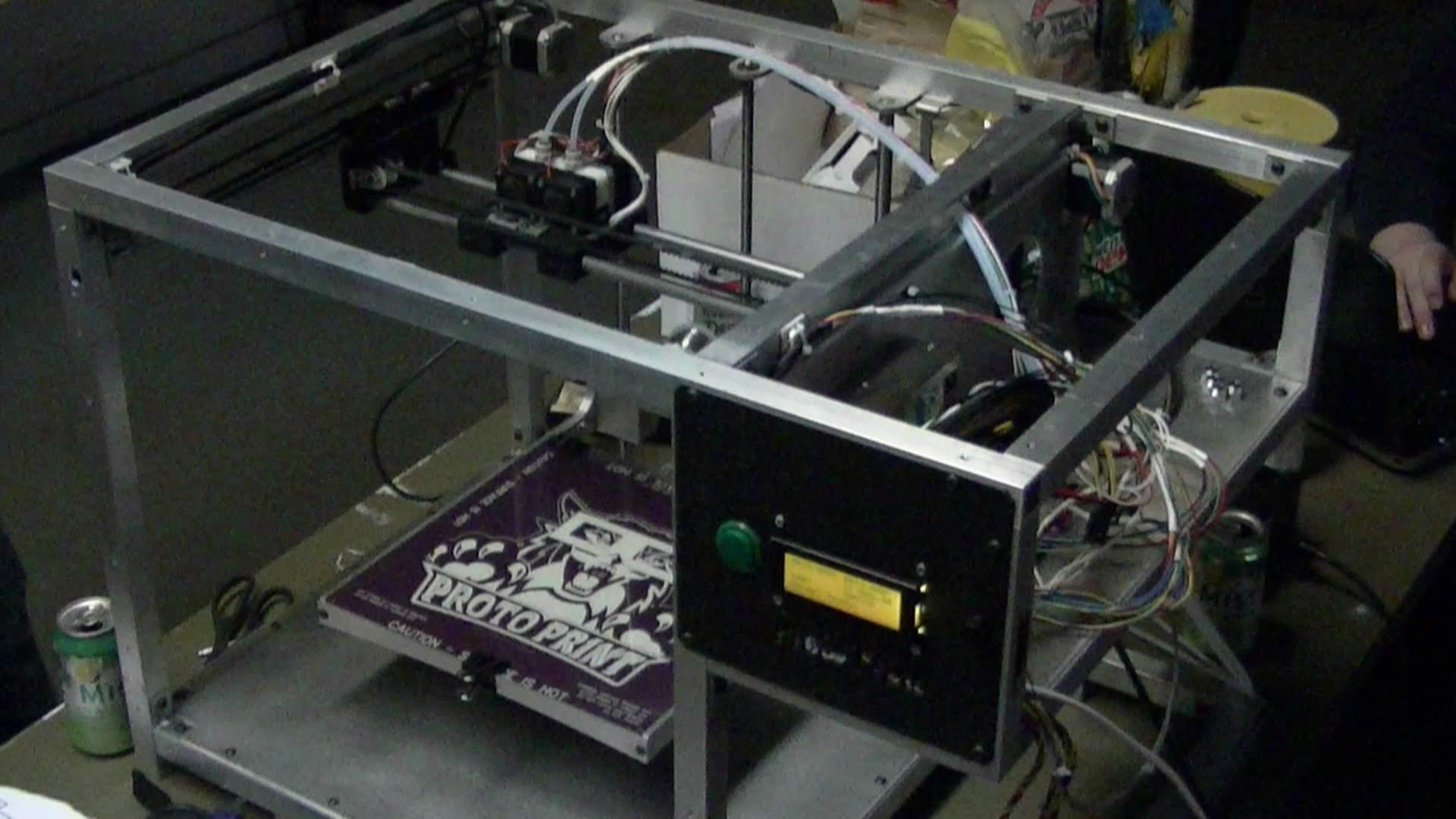 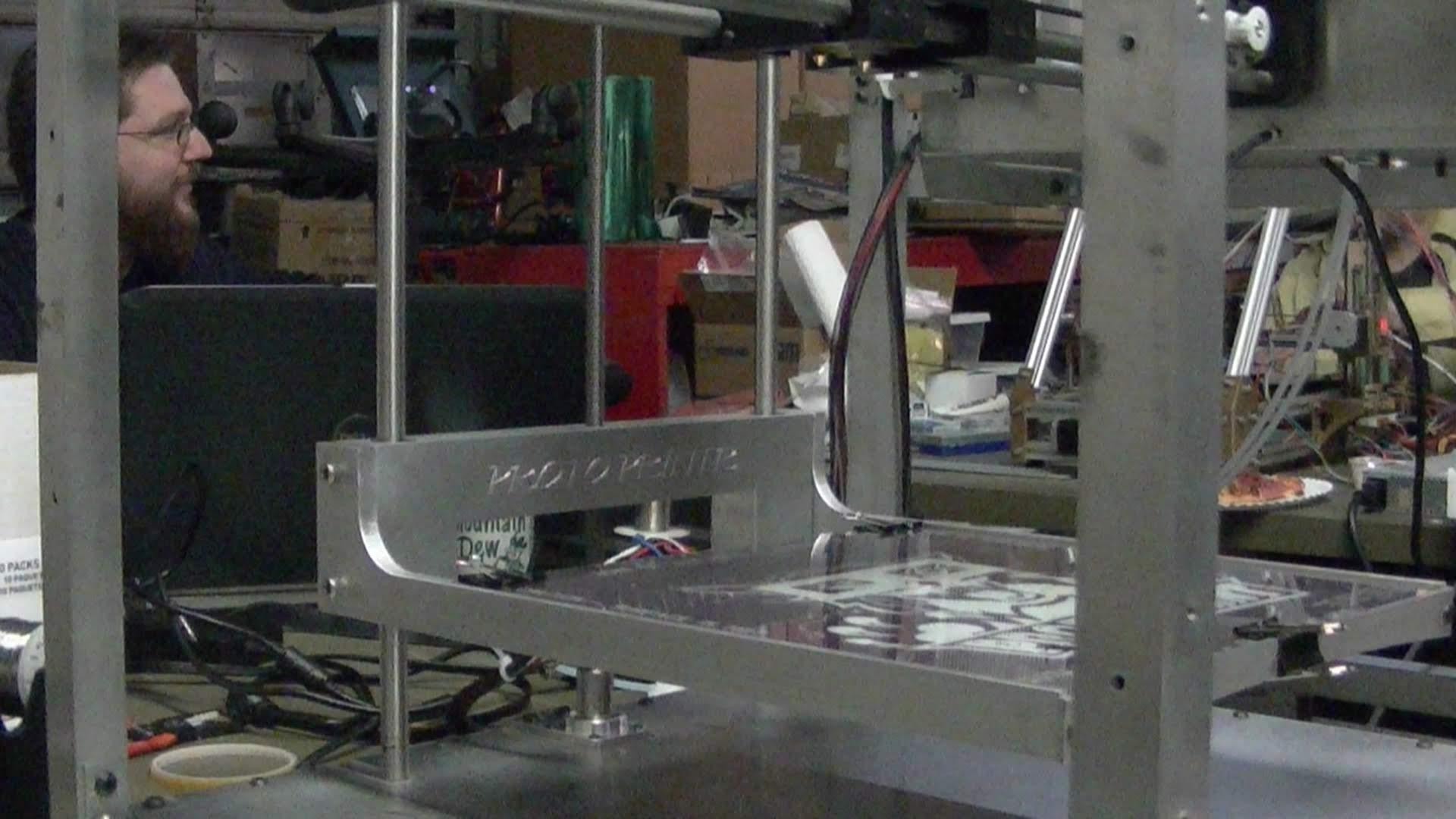 Fast forward 9 months, and my team and I had designed and built two printers; one fully functional, and one without the electronics. The first printer was the test bed for our ideas, and with my senior project and undergraduate studies nearing completion, the first printer was buttoned up and finalized into a working printer, with room to grow in the future. 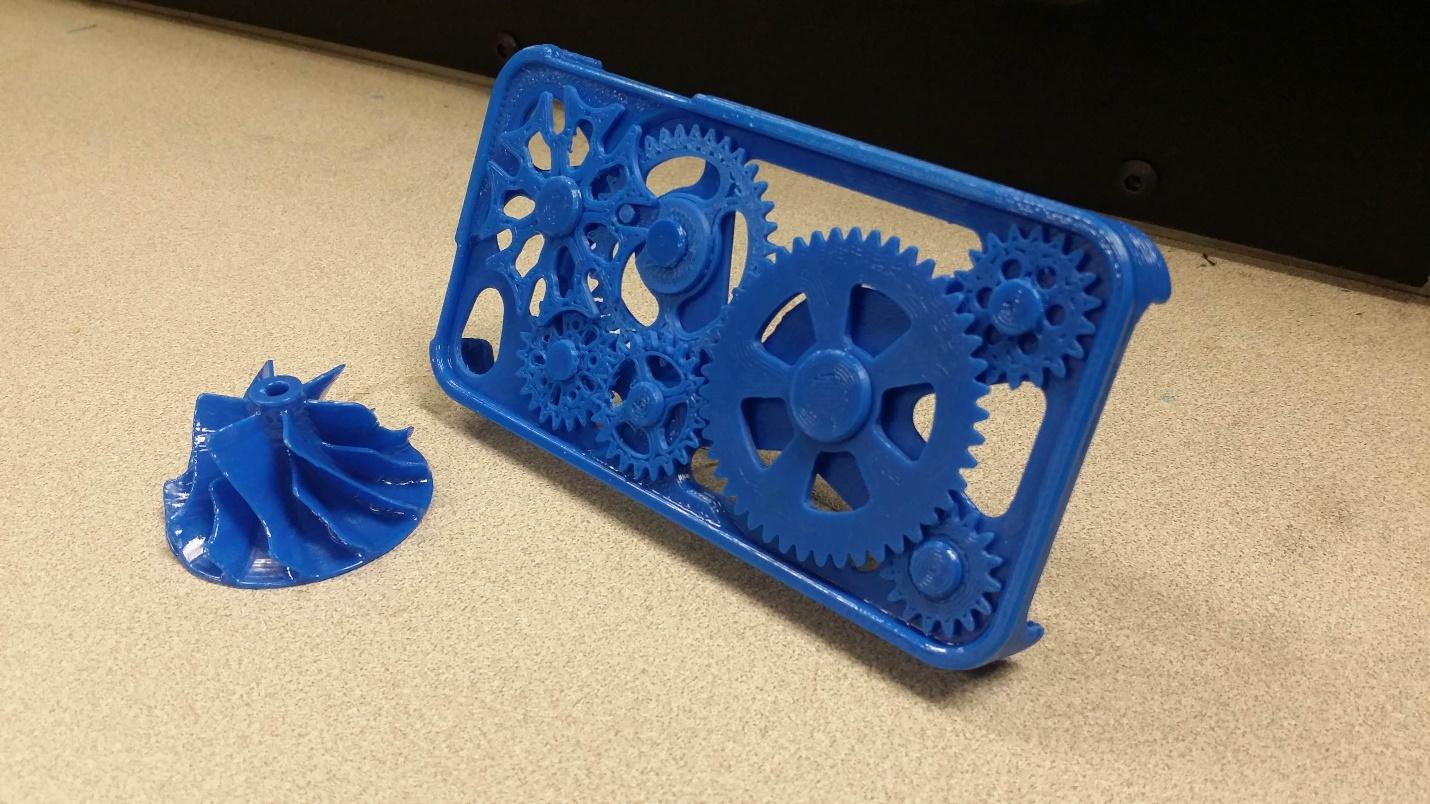 After graduating, ProtoPrintr 1.0 came with me to work, where I began to make improvements and updates to the design as the industry caught up. These improvements were to correct shortcomings to 1.0 that I wanted to address. These included:

A short time later, I took a new engineering position in a different division, and ProtoPrintr stayed behind. A year later, I got a call from an old coworker, letting me know that my second printer shell was going to get thrown away, if I wanted to come get it. Of course I did, so I picked it up for a future build and stuck it in storage at my house. Fast forward 2-3 more years, and after getting a call from my old director, I accepted a new engineering position back to my old office, where Protoprintr had been sitting unused the years I was gone.

And after a 3+ year break (and a bit of hazing from my cooworkers about “ProtoDisappointment”, lol), I was eager to get the printer back up and running, but this time better then before. This time around (now the end of 2017/early 2018), industry had caught up and I could find better commercial off the shelf options for my issues previously. These upgrades included: 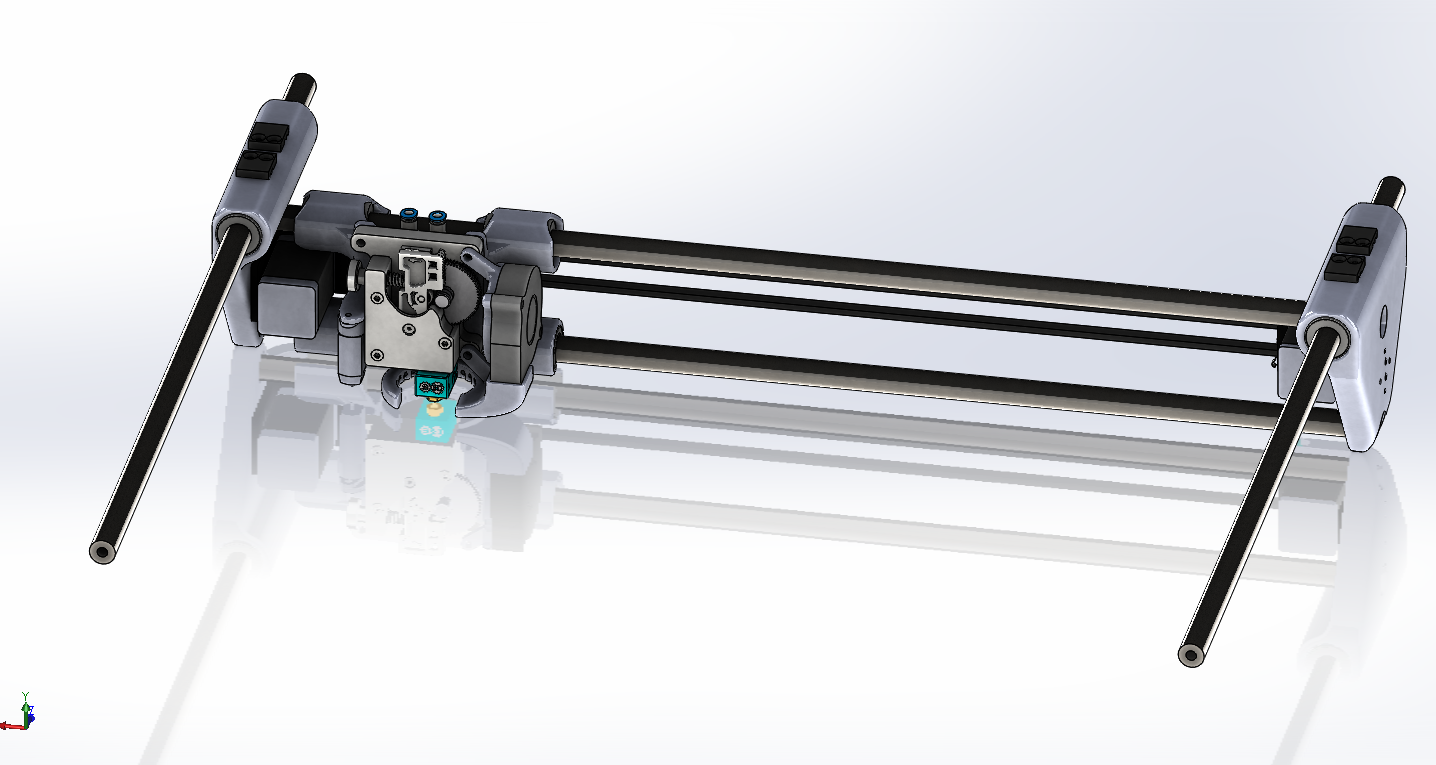 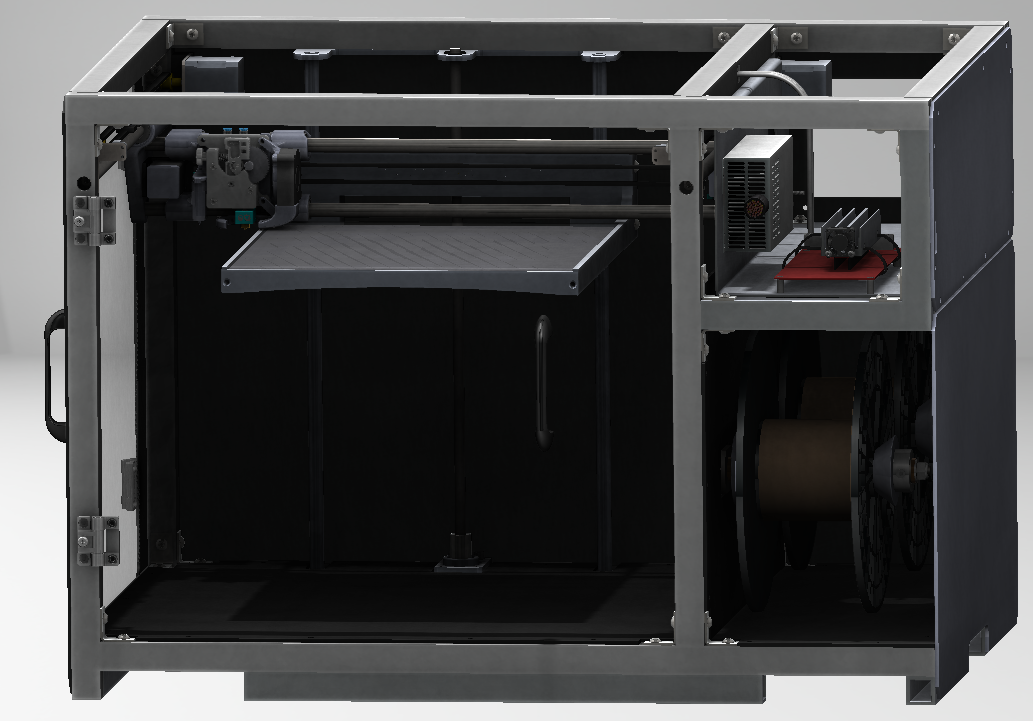 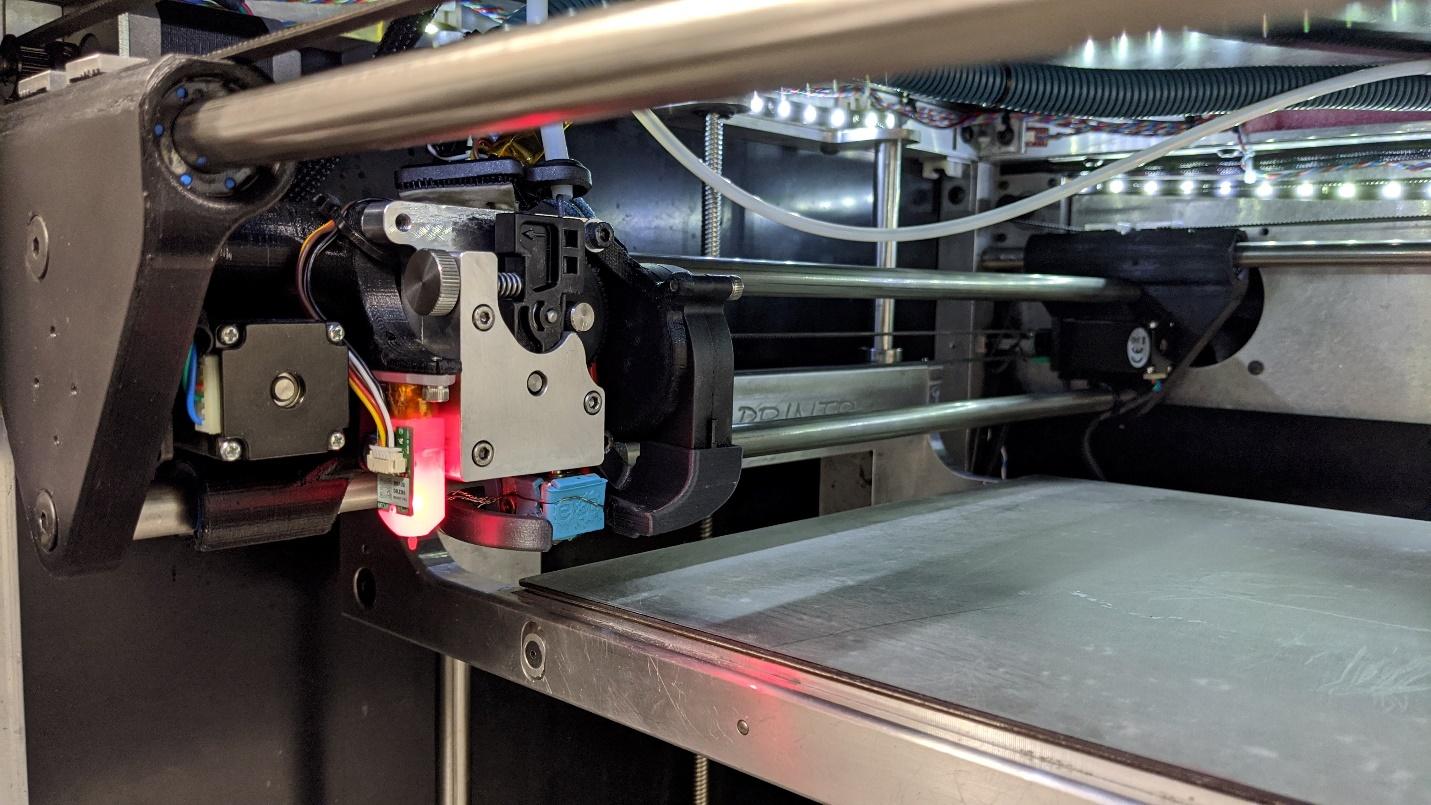 The first printer has been printing great and utilized nearly daily, ever since. Priniting everything from PLA, to ABS, PETG, and even CF PC and Nylon, she rarely lets us down. It has been such a valuable resource for work in mechanical engineering, not only for prototyping, but for actually printing working usable parts/tools/fixtures, used to help the production shops that I support (attached is a Power Point showing some examples of these projects). 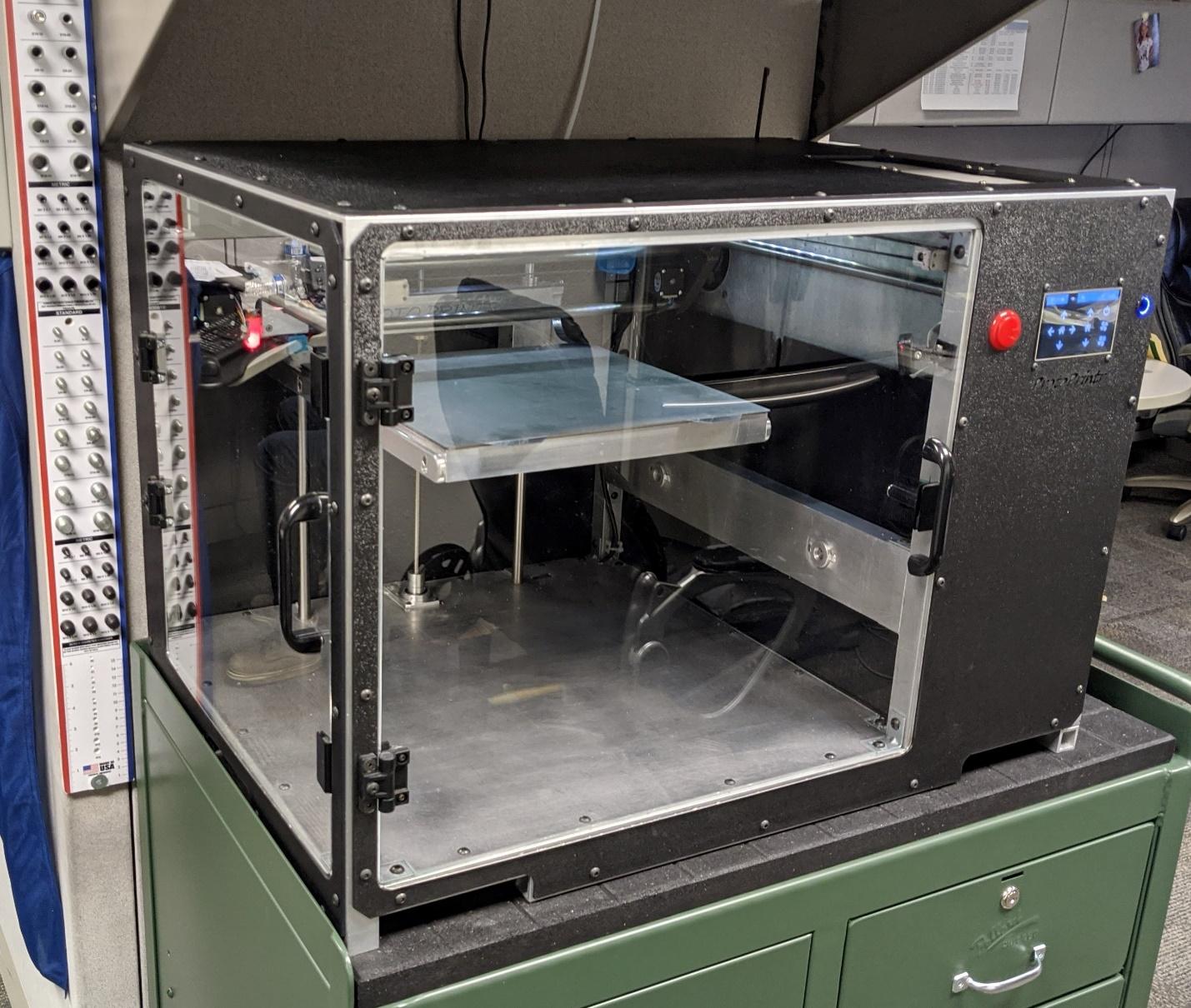 In regards to the second printer, personally funded, I bought one of everything a second time (minus the Palette) outside of work for ProtoPrinter “Home Edition” and have used it pretty much weekly for home projects (like these tonneau cover knobs for my truck), especially things my kids want to print… 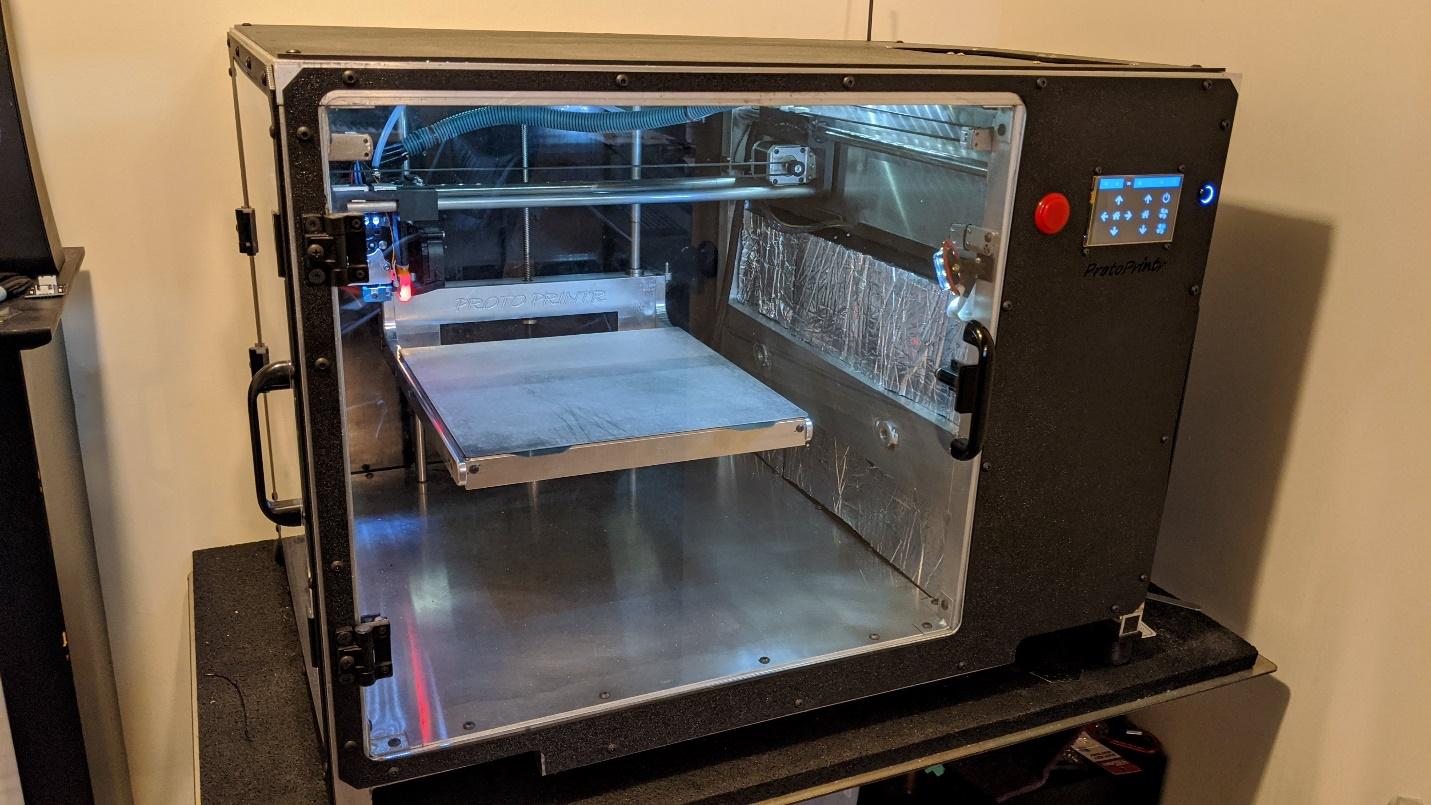 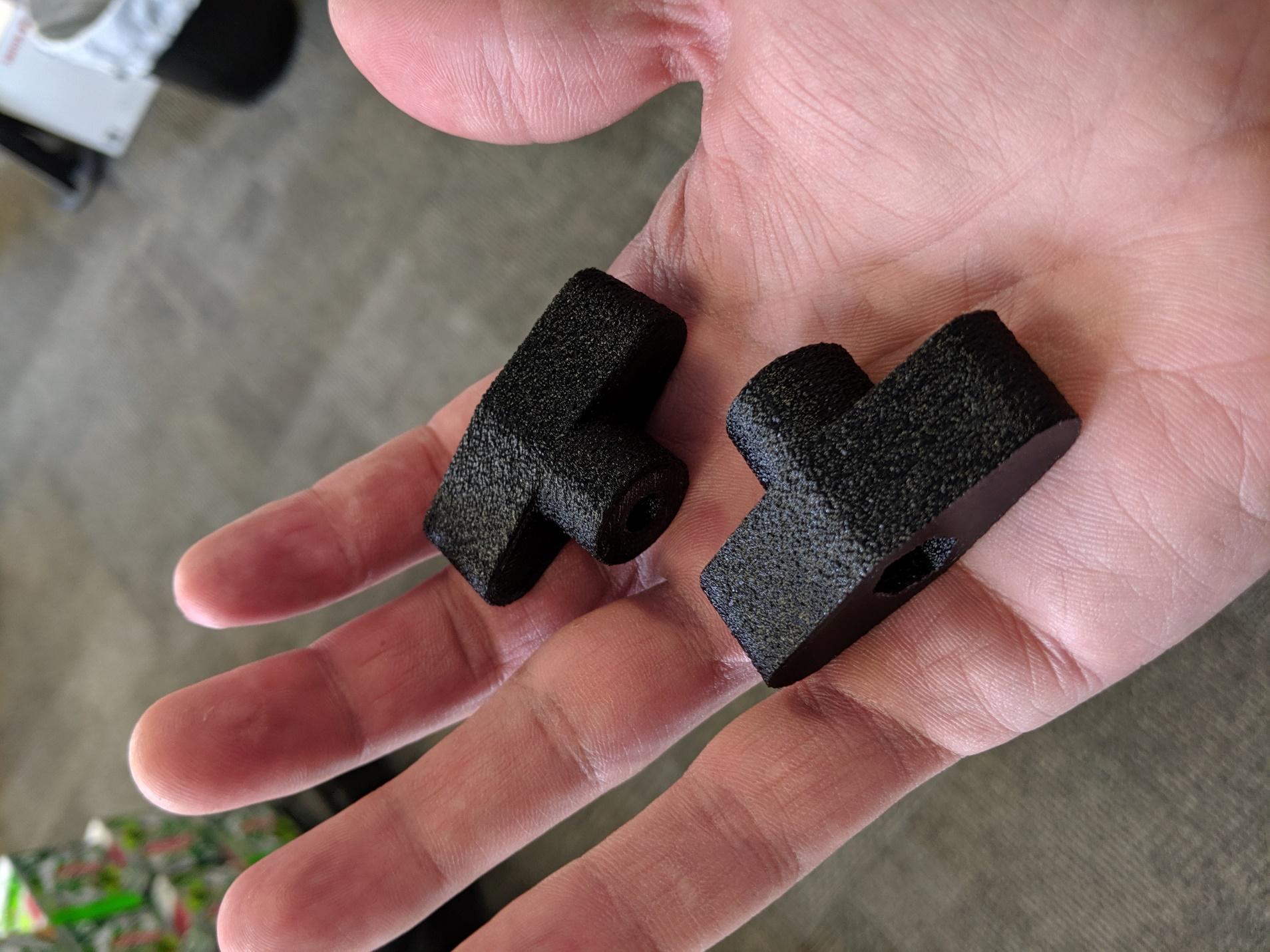 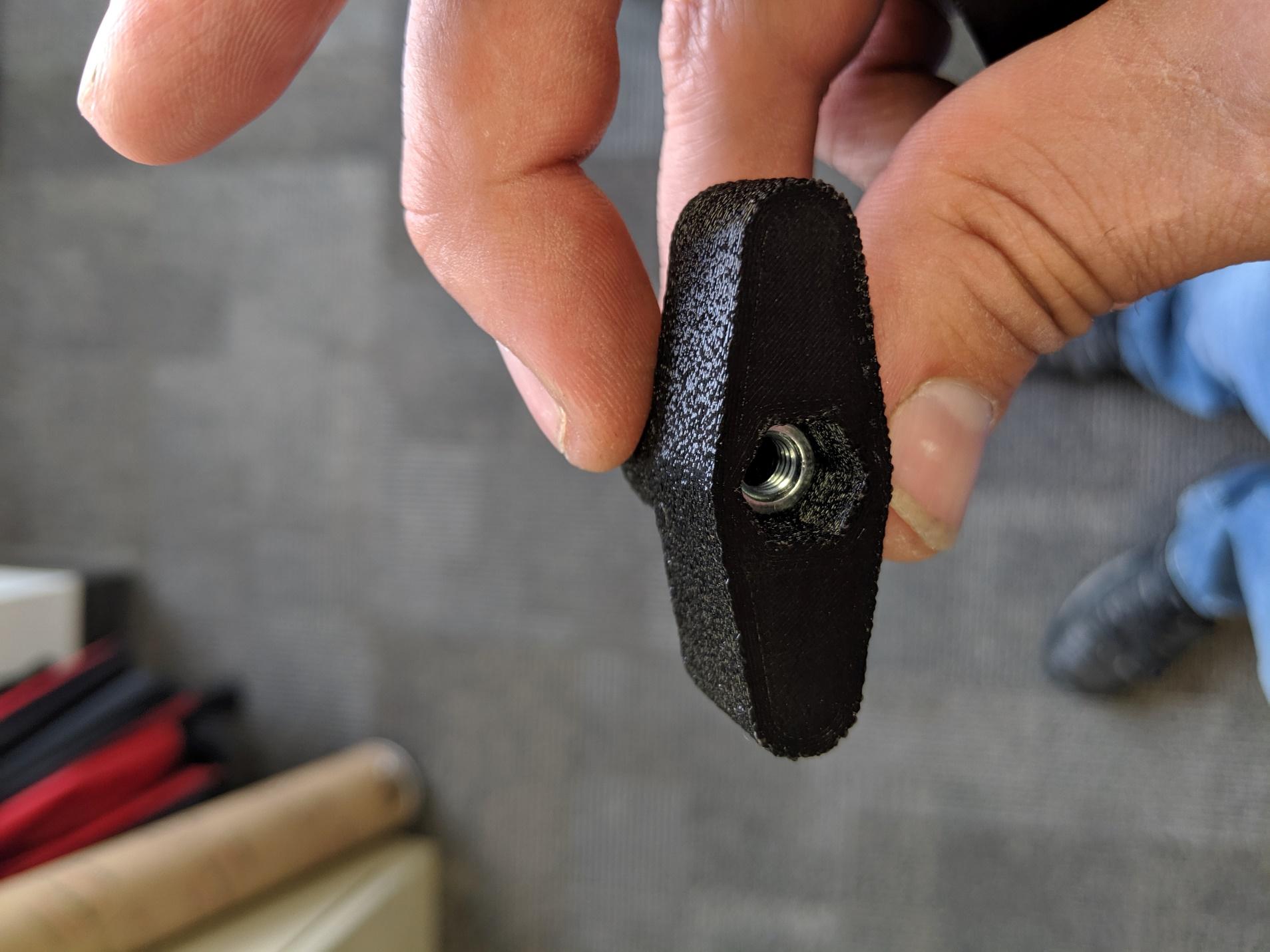 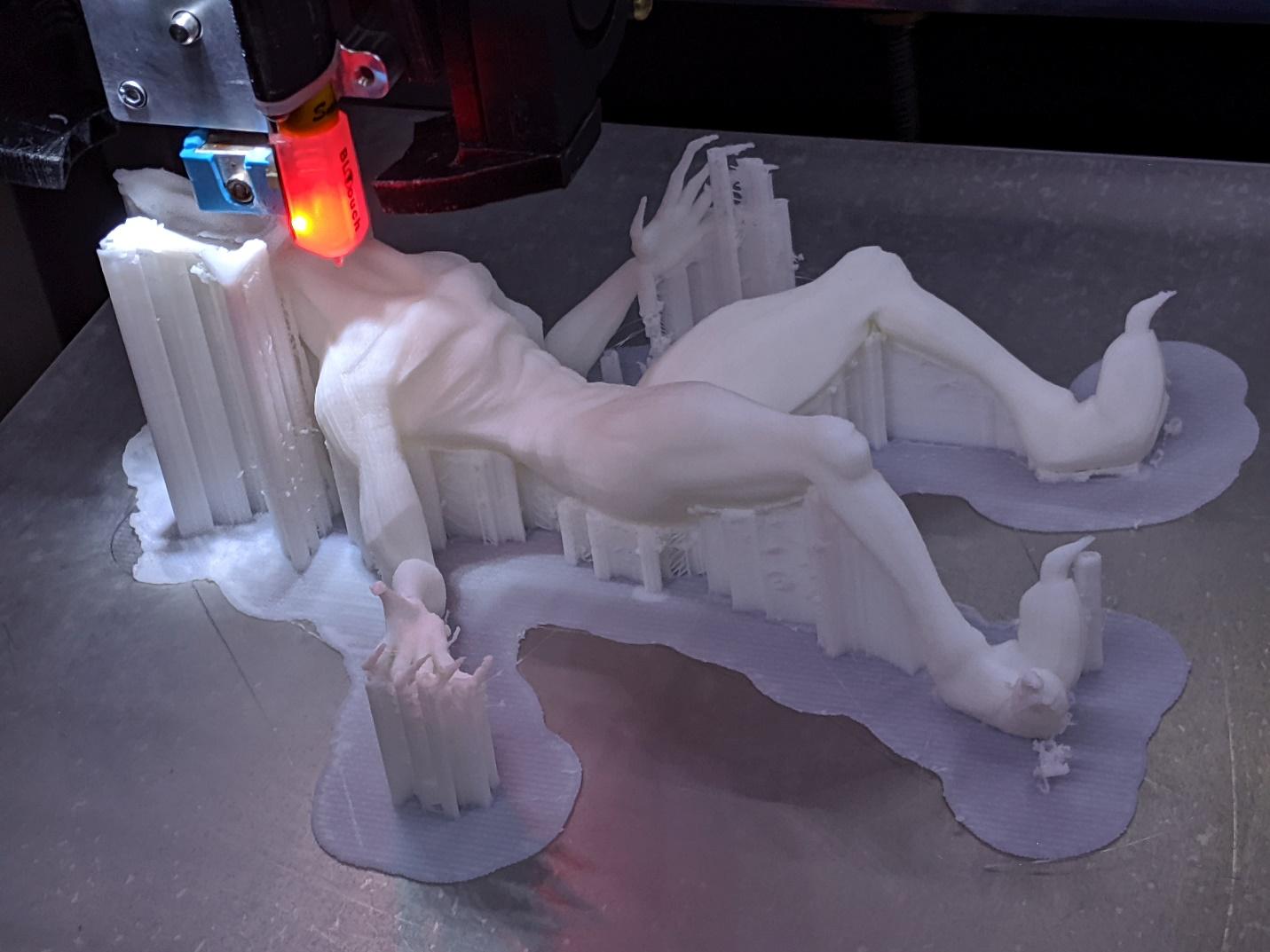 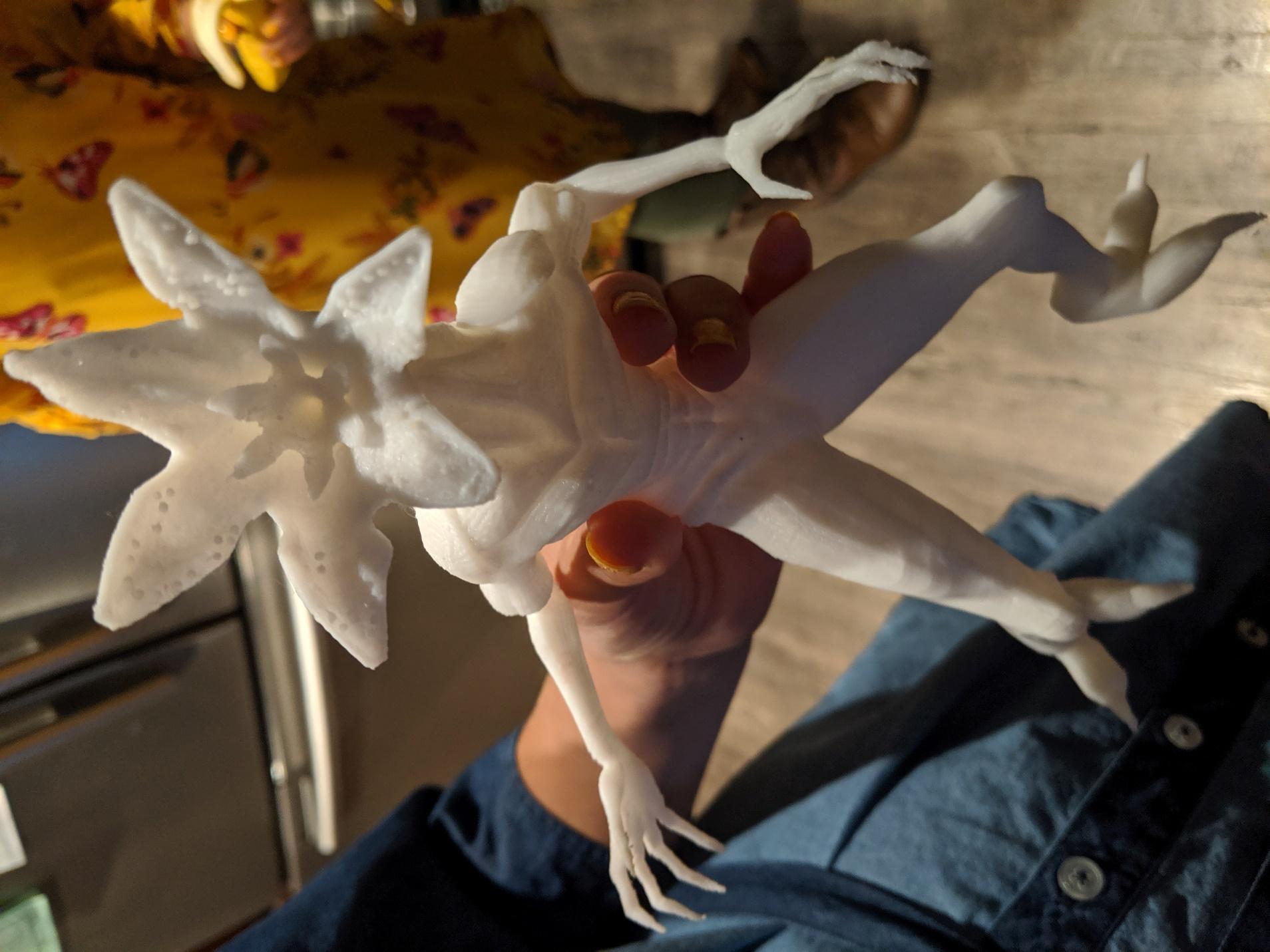 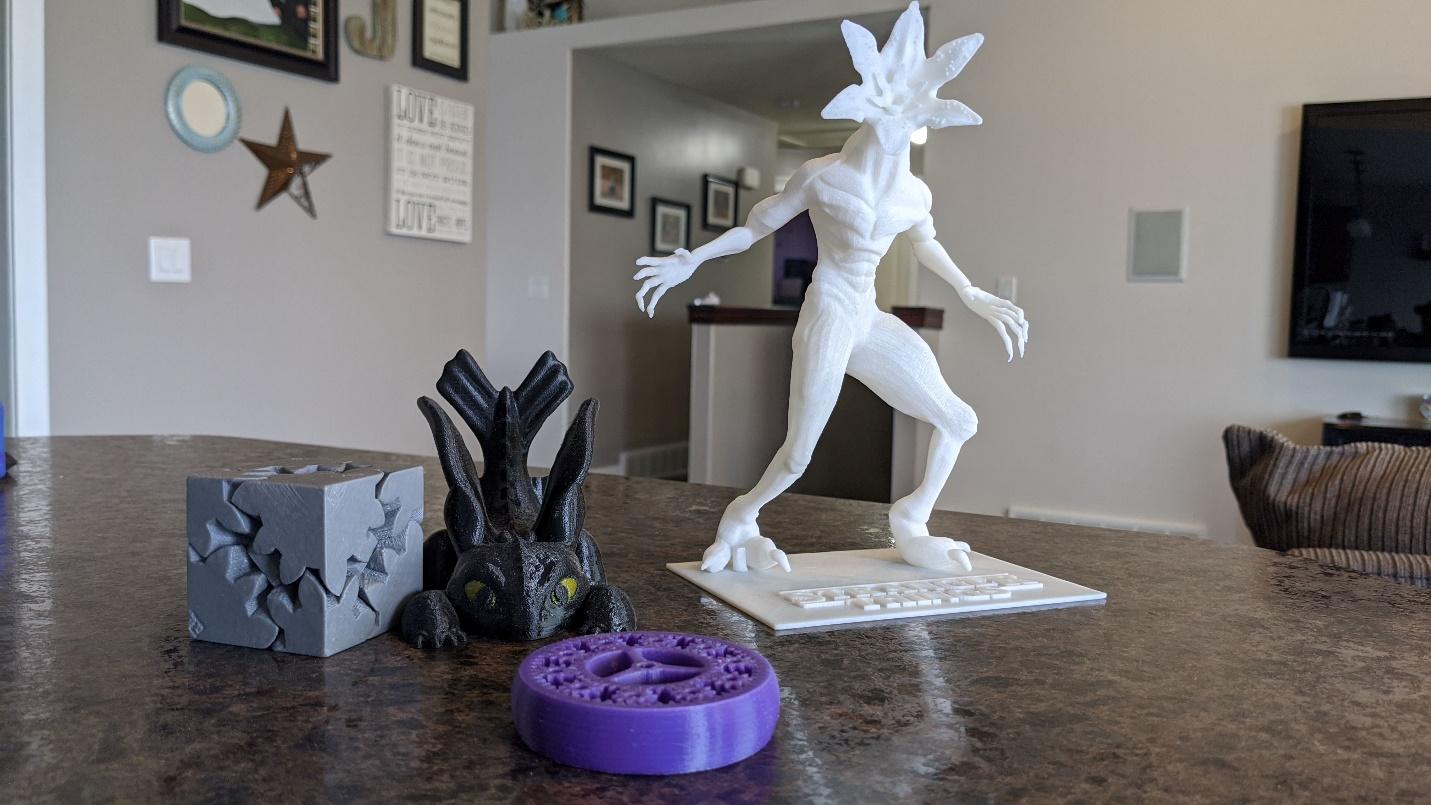